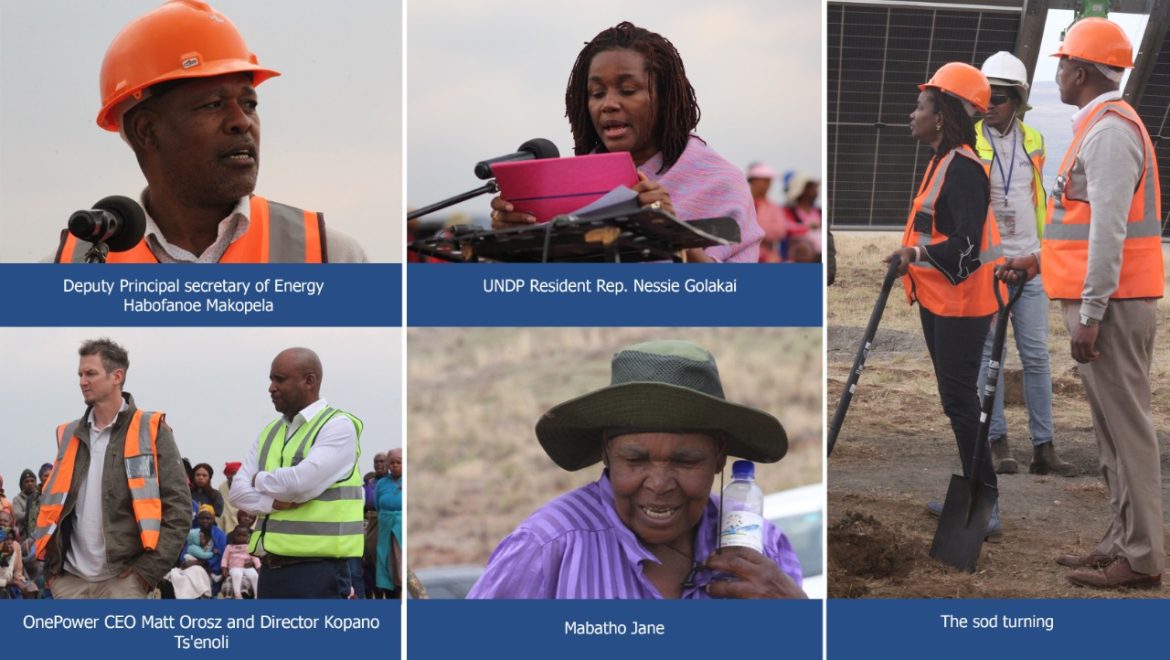 The Ministry of Energy and Meteorology, UNDP, and OnePower held a sod turning ceremony on 28 September 2022 to kick off 10 minigrids in rural Lesotho. The event was held at the generation site that will electrify more than 2,000 households in the Mashai and Sehonghong areas in Thaba-Tseka district. Other districts that are to be electrified are Mokhotlong (Tlhanyaku & Matsoaing), Qacha’s Nek (Lebakeng & Sehlabathebe), Quthing (Tosing & Sebapala), Mohale’s Hoek (Ketane) and Mafeteng (Ribaneng).

The project has been financed through joined investment by the Renewable Energy Performance Platform (REPP) of the UK and the European Union’s European Development Finance Institution (EDFI). During the ceremony, Deputy Principal Secretary of Ministry of Energy Habofanoe Makopela stated that, the project will benefit over 7,000 households with electricity and create jobs. “The use of renewable energy is an advantage to our environment, and the more electricity our communities have the greater the impact on our economy,” he said in closing.

The UNDP Resident Representative Nessie Golakai stated that access to electricity is one of the Sustainable Development Goals, and this project is aimed at bringing electricity to underserved communities in the rural areas of Lesotho. She continued to assure the community that UNDP Lesotho and other stakeholders will follow through to ensure they have what they desire to electrify their homes.

OnePower CEO Matt Orosz and Director Kopano Ts’enoli expressed their gratitude to the villagers for their cooperation and understanding since commencing the project. They also thanked the OnePower team for the hard work, dedication, and commitment they have shown to successfully complete the project.

On behalf of the community, a 74-year-old Mabatho Jane of Ha ‘Makhotso in Mashai said she’s excited that their lives will never be the same again, and she’s grateful that they are part of this life changing initiative. “Access to electricity will reduce high cases of rape, murder, and livestock theft in our villages. We will finally be at ease and stop fearing for our lives,” she said.